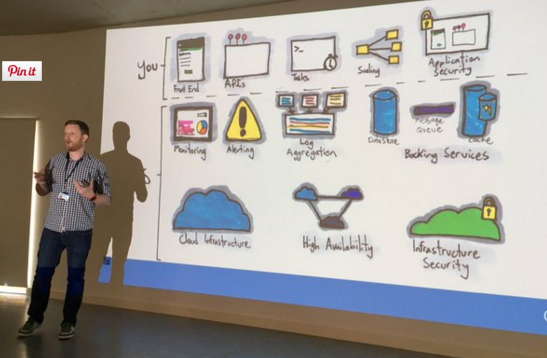 We’ve blogged previously about the platform we’re building to host government services and how it will free up teams to build user-focused digital services,without having to manage complex infrastructure.

But we don't just write about our work. A vital part of what we do is visiting and talking to teams wherever they are, to explain the benefits of Platform as a Service for government in more detail.

When Matt Lewis and Kaye Walters from DVLA invited us to the Swansea Tech Hub event we jumped at the chance to reach out to 60 people working in agencies across the south west. We wanted to get their feedback on what we're building, and to hear more about their needs.

The afternoon's unconference sessions worked particularly well and gave people a chance to break out into groups and discuss the topics they’d voted on.

These discussions gave us a greater understanding of what our potential users (known as PaaS ‘tenants’) may want from us as a product team.

As Rory Hanratty, PaaS product manager explains, “People were very interested in understanding what we offer, but there’s still some confusion about exactly what a PaaS for government is. This tells me I need to explain the concept and benefits of using a PaaS, not just what we’re building. I’ll cover this in another blog post along with how to build apps for platforms.”

Whilst PaaS for government is a longer term solution, departments and agencies face some more immediate problems. For example, people felt that doing work to make performance testing happen automatically in build pipelines, hadn’t been prioritised highly enough. Another problem is the lack of knowledge sharing about things like auto-scaling for applications.

More open discussions across government would help solve these issues. 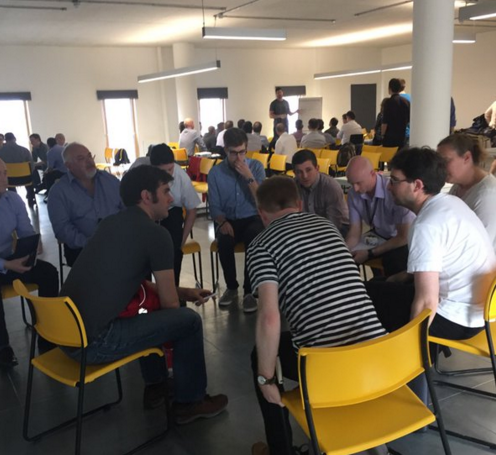 How other teams in GDS can help

During the group discussions we learned how colleagues across the wider GDS can also help.

Graham Bleach (PaaS technical architect), joined an interesting session about collaborating across government. The group mentioned a slack channel for the south west public sector tech group, but they needed a channel through which they could make connections further afield, ie across the whole of government.

Graham suggested setting up a ukgovdigital slack channel where the ‘team of the week’ explains a little about what they do, and anyone who's interested can ask questions. This idea was welcomed and the channel’s now been set up.

David Illsley (Technical Architect for Government as a Platform) took part in a discussion on the push back people have encountered from their security teams about adopting cloud technologies. They asked if GDS could help with this. One thing we can do to raise awareness and increase understanding about platform security is to blog about it. So we will.

Listening to teams from agencies across the south west was time very well-spent for us in the PaaS for government team. The feedback was unanimously positive, which shows how valuable it is to collaborate in this way.

If anyone would like to learn more about PaaS and how to build platforms for government, please contact Cordia.