Let me explain how this research partnership came about.

GOV.UK Pay is a reusable product and will always be part of a wider service and a longer user journey. So it would be unrealistic to expect a user to interact naturally with a payment screen in isolation of a service.

Until now, we’ve solved this problem by wrapping the payment screens in prototype scenarios of driving-related services. These scenarios were based on real services, ie renewing a driving licence and paying the Dart Charge. Up to a point this worked well.

The participants were unaware that we were only testing the payment part of the overall journey, so as a result their responses were instinctive. They only commented on things that really stood out rather than highlighting everything that may or may not be wrong.

On the flip side though, it led to participants giving us some really useful feedback on parts of the user journey that we weren’t focusing on.

During a meeting the MTP team and GOV.UK Pay teams spotted an opportunity to pool resources and partner up on research activities. We recently held the first joint usability session, with members of both teams observing.

In preparation, the GOV.UK Pay screens were integrated into the ‘Send money to a prisoner’ prototype, and we followed a joint research plan, which addressed important questions for both teams.

We recruited members of the public who’d previously sent money to a friend or relative in prison, and we asked them to do the same using the ‘Send money to a prisoner’ and GOV.UK Pay prototype. 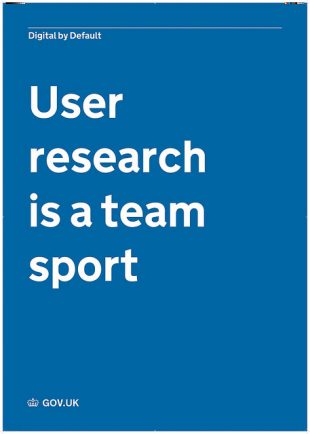 The sessions offered some useful insights about how the new online service performed compared to how people send money to prisoners at the moment.

Often in research sessions, participants say things that surprise you. One participant commented that it was easier to send gifts to her husband in prison, than it was to send him £20.

Improvements we need to make

For the most part, the joint research sessions worked well. It shone a light on the things we need to improve and iterate.  In the near future we'll be busy:

These were engaging sessions and it was useful to watch people use GOV.UK Pay within the context of a live service.

We'll be joining up again with MOJ to look at the user needs of people who process prisoners’ payments in the administration and finance teams - after all, these are our main users. This promises to be every bit as interesting as our first session.

If you work in central government and are interested in using GOV.UK Pay in your service, let us know.